Pastor David’s comment’s are in RED

A Girl Restored to Life and a Woman Healed 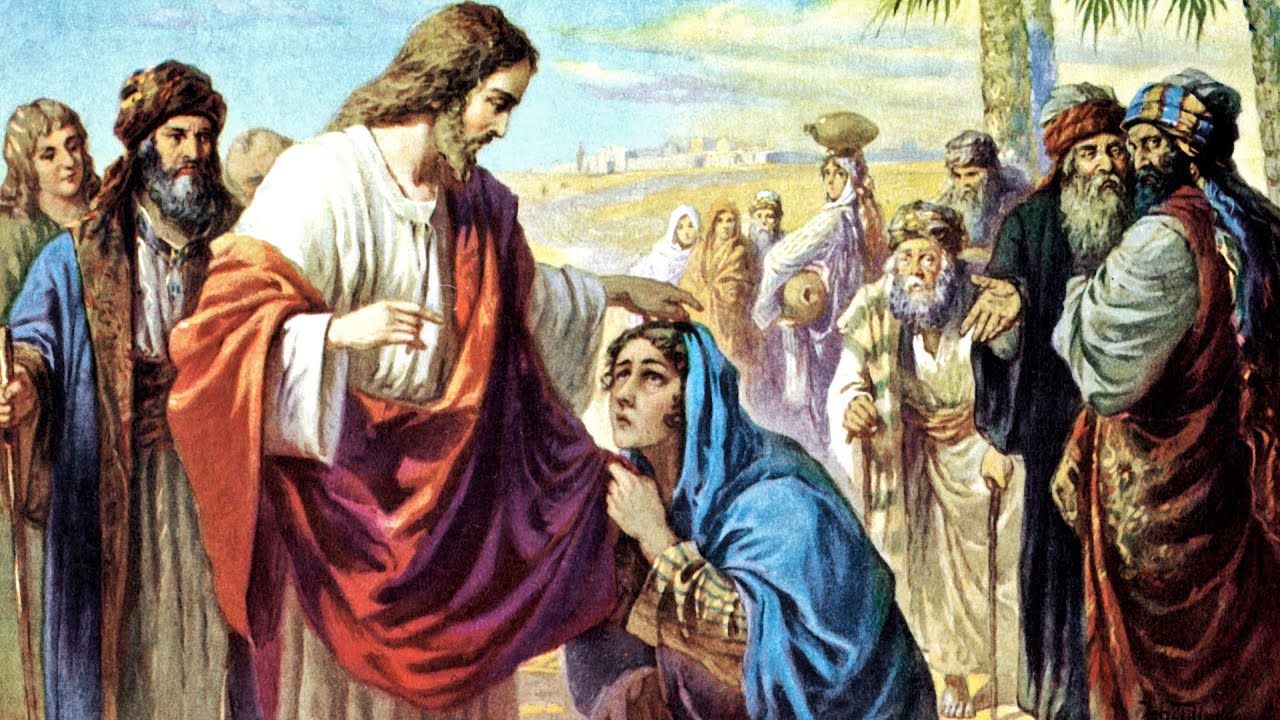 21 When Jesus had crossed again in the boat to the other side, a great crowd gathered around him; and he was by the sea.

Jesus is returning from the Decopolis (ten Greek cities) after healing a man with many demons.

See the end of Mark 4 and the beginning of Mark 5 for more of what happened on the other side.

22 Then one of the leaders of the synagogue named Jairus came and, when he saw him, fell at his feet 23 and begged him repeatedly, “My little daughter is at the point of death. Come and lay your hands on her, so that she may be made well, and live.” 24 So he went with him.

There is perhaps no worse pain than a parent outliving their children.  Surely this man heard of Jesus power, and as would be the case of any parent, would do anything to save his child.

Perhaps Jairus was a leader in the synagogue in Capernaum, the headquarters of Jesus ministry and home of Peter and Andrew, James and John.

Luke’s Gospel states the girl was 12 years old (Luke 8:42).  Jewish tradition holds that at 12 years 1 day, a girl becomes a woman.  She was approaching or recently approached a monumental step in her life.

The meaning of the name Jairus is: Jehovah Enlightens

And a large crowd followed him and pressed in on him. 25 Now there was a woman who had been suffering from hemorrhages for twelve years. 26 She had endured much under many physicians, and had spent all that she had; and she was no better, but rather grew worse.

This woman interrupts a miracle.  She sought many treatments over the years and was desperate.  Out or money and out of options, Jesus was her last hope.

27 She had heard about Jesus, and came up behind him in the crowd and touched his cloak, 28 for she said, “If I but touch his clothes, I will be made well.” 29 Immediately her hemorrhage stopped; and she felt in her body that she was healed of her disease.

Touching a religious leader was forbidding, more so for women.   Leviticus 15:25-27 states:

She literally touched the tassel of Jesus prayer shaw which was worn by religious leaders to indicate the dedication to the commandments.

30 Immediately aware that power had gone forth from him, Jesus turned about in the crowd and said, “Who touched my clothes?”

This begs the question, did power always leave Jesus when he healed someone?

31 And his disciples said to him, “You see the crowd pressing in on you; how can you say, ‘Who touched me?’ 32 He looked all around to see who had done it. 33 But the woman, knowing what had happened to her, came in fear and trembling, fell down before him, and told him the whole truth. 34 He said to her, “Daughter, your faith has made you well; go in peace, and be healed of your disease.”

35 While he was still speaking, some people came from the leader’s house to say, “Your daughter is dead. Why trouble the teacher any further?”

The worst fears of the father came true.  He tried his hardest, but time was against him.

36 But overhearing what they said, Jesus said to the leader of the synagogue, “Do not fear, only believe.” 37 He allowed no one to follow him except Peter, James, and John, the brother of James. 38 When they came to the house of the leader of the synagogue, he saw a commotion, people weeping and wailing loudly. 39 When he had entered, he said to them, “Why do you make a commotion and weep? The child is not dead but sleeping.”

In Hebrew thought, sleep was a euphemism for death.

Jesus took in the house the only ones that mattered, the girl’s parents and Peter, James and John.

Offering the girl food is a sign of her returning health.  The first sign we are better is that we are able to eat.