If you have never lived in a place with racial tension it is hard to grasp the turn of events in #Ferguson.  To better understand the dynamic, watch “Do the Right Thing” by Spike Lee.  In the movie, racial tensions mount to the point that

something has to give, resulting in events similar to what we are witnessing now.

Growing up near the neighborhood of West 65th and Lorain in Cleveland, Ohio during the late 80’s and early 90’s racial tension was an everyday occurrence.  This is the time racial diversity took place in our neighborhood, or at least the time I remember meeting others my age of a different race.

The diversity seemed to be mostly an integration of black and white, though there where other races as well.  I use the terms black and white because that is what we knew at the time, I am aware of the Politically Correct terminology.

Those of us who where White had a crisis on our hands.  Who do these “people” (use your imagination as to the words we actually used) moving into our neighborhood think they are?  As people of different skin tones moved into our all white neighborhood tensions began to mount.

The tensions carried over into the schools.  One morning in 7th grade while standing at my locker the white student student standing next to me was punched multiple times in the head because he was White.

In our neighborhood a black youth around my age was called every name under the sun, and yes names no one should ever call African Americans.  Another black youth was spit at multiple times because of his skin color.

Eventually we learned to accept one another, or at least put up with each other.  Acceptance was not because we learned to appreciate our diversity, but was simply the result 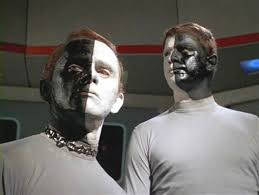 of our reality.  The neighborhood was now a racially mixed neighborhood, whether we liked it or not.  Plus, we had a new enemy, Hispanics where moving into “our” neighborhood.  Who do these ” new people” think they are? (Again, use your imagination).

Understand that in our neighborhood, Police and civilians were not friends.  Law Enforcement was considered a threat.  Likewise, we were threat to Police as many of use carried weapons.  In fact the music we listened to at the time glorified the shooting of police officers.  Contrary to what we in the middle class teach our children, for us the police did not protect serve.

I can not speak to the recent events in Ferguson.  However, having once lived in a racially tense neighborhood, I am not surprised by the riots.  At some point tensions boil over.

These riots are not due to a one time event, but are the culmination of several incidences spanning several years.  Many of these events are never reported by the news.  Recent events are but the tipping point of frustration that many of us never hear about.

Are the riots in Ferguson the Right Thing?  I’m not sure Spike Lee gave a clear answer either.

My first day of Kindergarten I screeched in fear with tears rolling down my face as for the first time I laid eyes on an African American child.  I thought she was burnt.  I am deeply ashamed of this incident, yet the first 5 years of my life consisted of people just like me, how would I know better?

Perhaps the events in Ferguson bring us back to the question; Who are these “people” think they are?  Instead of using our “imagination”, maybe now is a good time to learn who these people are.  We do know better!